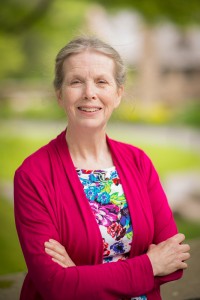 Since their marriage in 1978 Carris and her husband Erik have shared an interest in America’s history and our future, reprinting a variety of historic items they believe beneficial to present and future generations. William Penn, Patrick Henry and Benjamin Franklin are only a few of the historical figures they have studied and published.

The majority of Carris’s time has gone into imparting her love of liberty and history to her ten children, whom she homeschooled.  Along the way she guided tours of historic Philadelphia, Valley Forge and the Brandywine Battlefield for homeschooling groups, brought her children along on political campaigns, and regularly attended county council meetings.  Together they stood outside polls, tramped over battlefields of both the Revolutionary and Civil Wars, and read voraciously from the large collection of historical literature available to them.

Carris is a native West Virginian, “rocked in the cradle of the hills,” as she likes to say. A graduate of Bryan College in 1975, she worked for over two years at a newspaper/print shop before teaching at a private school in Florida. There she met her husband Erik Kocher, a native of California, going through flight training with the U.S. Navy. They moved to the Philadelphia area in 1984 where he worked as a tandem rotor test pilot for Boeing until his retirement in 2016.